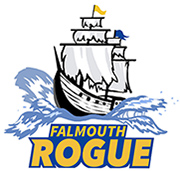 In 2013, I took over as coach of the Falmouth middle school ultimate program, which had started just the year before under the coaching of my friend Jason Quint. One of the 8th graders on Jason’s 2012 founding team was a kid named Ben Field, who went on to a stellar career on the Falmouth high school team, winning numerous state championships. Once Ben hit college, he started racking up ultimate-related awards and accolades and playing for top tier club teams club teams when he wasn’t leading his college squad. This past season was Ben’s last playing at the college level and his school, Northeastern, just released this nomination and hype video for Ben to be given the Callahan award, the highest award given to college players each year- one to the top men’s player and one to the top women’s player.

Give this a watch!

It was a bit rainy for the start of the game today, but the sun managed to fight its way through the clouds by the second half, as Portland Rising played their last game of the season at home against the Nashville Nightshade. In the event that rain kept you at home, you can still check out the game online here:

Players on Falmouth Rogue have homework this week- watch this high-level ultimate game.

One important note here- you should notice the green-shirted officials on the field. While it’s true that we typically do not use referees in ultimate, higher level games do usually feature ‘observers’, who are there to act as impartial parties for certain calls who can be appealed to if players are not able to work issues out themselves on the field. You can read more about observers here.

John Stubbs is one of ultimate’s top young players and is a name you should know. Check out this sweet highlights reel of one of his best games:

Uniforms get here on Tuesday, which means they will be dropped off to your house, along with a disc, by the end of the week!

It’s a nice day out for a run, at least until later this afternoon. If you can get out before the rain comes down, make sure to jog for 20 minutes, using Playlist 8 if you have access to music. Then home for 100 backhands, 100 forehands, 50 scoobers, and 50 backhands. Then it’s inside for video time!

In this classic college match-up, Jonathan Nethercutt’s UNC Darkside squad faces off against Dylan Freechild and Oregon Ego for the 201 Men’s College Championships. You should know both of those names. Spend at least 30 minutes watching this one!

This game was played right at the start of the year before we all headed inside and is a fantastic match up between some of the best players in the sport. Give this one a full watch today after your 3pm run.

Our uniforms should be done and headed our way in the next week or so. That will be a fun day!

It’s a great day to get outside for a social distance run today Falmouth Rogue!

After that, we’re going to watch Callahan nomination videos. The Callahan Award is given to the best male and female collegiate ultimate players and is marked by nomination video season- when supporters of top players post videos of highlights of those players. We benefit from a lot of great ultimate content. Check out the gems below.

I think we can skip running for today, given how chilly and rainy it is outside. If you can get out to throw- get in your 100 backhands, 100 forehands, 50 hammers, and 50 scoobers. Then kick back and soak up these highlight videos.

It’s a bit chilly out today, but at least it’s not raining! 😀

We’re running to Playlist #6 today, then it’s home for 100  backhands, 100 forehands, 50 scoobers, and 50 hammers. Then a minute of spinning the disc on each hand, followed by at least 30 minutes of video.

Today we have Portland (the other one) Rhino Slam! playing New York PoNY for the 2019 Men’s Quarterfinals National Championships.

This video is older, so the resolution is a bit dimmer than more-modern clips, but it’s still worth the watch. During the 2008 Women’s Club Finals, San Francisco Fury was playing Seattle Riot and was losing 10-1, before going on a 14 point scoring run that had them winning the game 15-12.

I have been on both sides of big come-back games, but never anything like this.

THIS is why you NEVER give up if you are losing.

And THIS is why you NEVER let up if you are winning. The game is not over until the last point is scored.